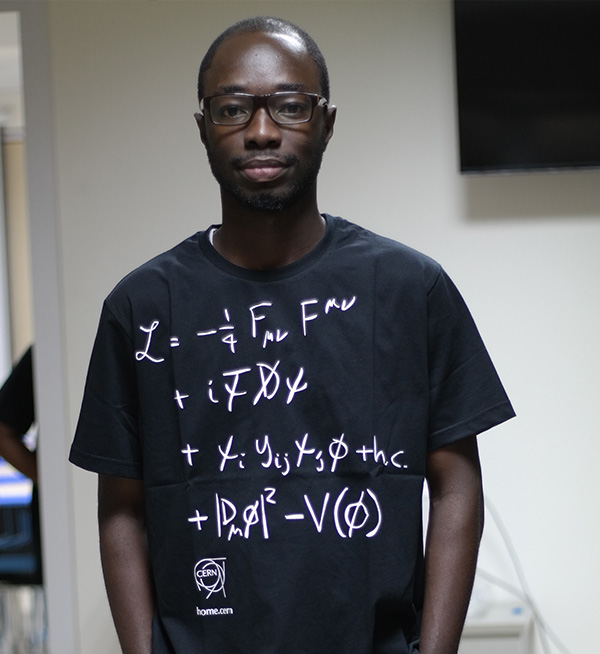 Kwame Owusu Edusei had his undergraduate education at the Kwame Nkrumah University of Science and Technology, Ghana, and graduated with a BSc Mathematics degree in July 2015. He was a Teaching Assistant at the University of Energy and Natural Resources (UENR), Sunyani, as part of his one year mandatory National Service. During this period, he held tutorials in the following courses: Linear Algebra, Topology, Probability, Stochastic Processes, and Engineering Mathematics. He also co-authored with his supervisor, Dr. Alex A. Opoku, the article entitled "Phase Transition in Conditional Curie-Weiss Models" during this period. His newly developed interest in Probability Theory, Statistical Mechanics, and Phase Transitions, weighed in heavily on his decision to focus his postgraduate education and research on Applied mathematics, as opposed to Pure mathematics.

Kwame is currently a postgraduate student with the National Institute for Mathematical Sciences, Ghana, in the 'Scientific Computing and Industrial Modelling' programme. He is a devout Christian, and hails from an urban-village called Sewua in the Ashanti Region of Ghana. When on break from coursework, he enjoys researching, watching football, and playing tennis.

Water-flooding is often utilized in most petroleum industry to improve the oil production rates and recovery. Buckley-Leverett theory best describes the displacement of oil, in a one-dimensional incompressible reservoir. Trapping is a very important concept since it is one of the main source of hysteresis which is usually more predominant in relative permeability. In this study, Parker and Lenhard's trapping model was implemented in MATLAB Reservoir Simulation Toolbox (MRST). In order to understand the effects of trapping, two test cases were run for both implicit and explicit time integrations. The numerical results shows that in both cases, using trapping models for relative permeability of non-wetting phase significantly affects the final recovery, where more oil is recovered and late water breakthrough. There was also strong hysteretic effects exhibited in relative permeability curves, fractional flow curves and its corresponding derivatives as well as residual oil saturations which were discussed.