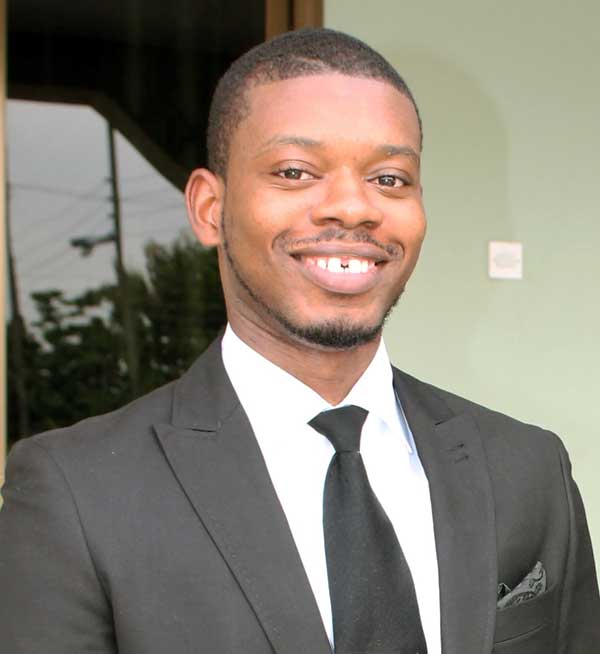 Joshua Amevialor received his BSc Mathematics degree from the Kwame Nkrumah University of Science and Technology, Ghana, in June 2013, and was valedictorian for the College of Science. During his undergraduate education, his main interest was in Pure mathematics, with his thesis being a review of the construction of particular measures. This was subsequently published. For his mandatory one year National Service, he was a Teaching Assistant with the Department of Mathematics of the Kwame Nkrumah University of Science and Technology, Ghana. Where he handled tutorials on; Logic and Set Theory, Discrete Mathematics, Complex Analysis, General Topology, Differential Equations, Mathematical Methods and Abstract Algebra, in addition to the grading of assignments. He also holds an MPhil in the 'Scientific Computing and Industrial Modelling' programme of the National Institute for Mathematical Sciences, Ghana, and is a part of the first graduating cohort, 2017. His dissertation was on 'Discontinuous Galerkin Isogeometric Analysis for the Biharmonic Problem'. He is currently a PhD candidate with the National Institute for Mathematical Sciences, Ghana.

Though he has not lost interest in Pure Mathematics, Joshua believes that Applied Mathematics is a necessity for development. And this has in part, informed the trajectory of his postgraduate studies. He maintains that, his current trajectory does not obviate his belief in the importance of Pure mathematics. He also believes that, the line separating Applied Mathematics and Pure Mathematics needs to get blurrier than it already is. This, he says, requires more emphasis on Pure Mathematics education, and in a way that showcases its relevance. This, he continues, subsequently requires the presence individuals in Education and Research willing to, and capable of towing this line. An enterprise that he hopes to be a part of.

When not occupied with his academic pursuits, Joshua is an avid reader, and a fan of good literature. He is the author of a number of original, short pieces of literature, which he currently publishes on a personal blog .

Investigating the feasibility of the combination of Isogeometric Analysis and Wavelet theory, in order to create an adaptive numerical scheme for solving elliptic PDEs.