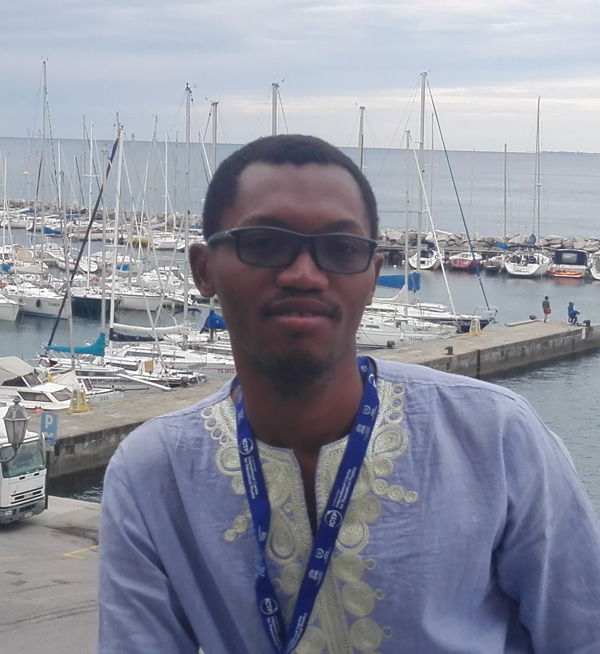 Henry Martin obtained his BSc Physics degree in June 2011, from the Kwame Nkrumah University of Science and Technology, Ghana. His undergraduate thesis was on "Improving the ductility of locally manufactured steel rods by tempering", which he presented at the 27th Biennial Conference of the Ghana Science Association,  Kumasi - Ghana, held from 10th to 15th July, 2011. The corresponding paper can be found on his page on Google Scholar.

Soon after graduation, Henry was taken on as a Teaching Assistant at the Physics Department for his National Service, for the mandatory period of a year. Afterwards, he stayed on with the department for an additional year as a voluntary Research Assistant, working on several industrial research projects, one of which involved assessing rooftop masts for the Glo Telecommunication Company in Ghana.

Henry's dream and passion, is to be one of the world's leading experts on the solution of physical (real life) problems using Physics, Mathematics and Computational power. In September 2013, he enrolled for the Erasmus Mundus Mathematical Modelling and Simulation for Engineering (MathMods) programme. He attended his first semester lectures at the University of L'Aquila in Italy, and his second semester at the University of Hamburg in Germany. Whilst in Germany, he worked on the project "Numerical Simulation of Non-homogeneous Bingham Fluids (viscoelastic) by Semi-smooth Methods", during modelling camp sessions. His third semester was taken at the University of L'Aquila and the Gran Sasso Science Institute (GSSI), INFN in Italy. His Master's degree was awarded by the University of L'Aquila in October, 2015. His Master's dissertation was titled, "Algorithm to Calculate the Ground State Energy and Force of Multi-Center Transition Metal (MCTM) Complexes" (link to Dissertation), published by JCTC (Journal of Chemical Theory and Computation) in 2017 (DOI:10.1021/acs.jctc.7b00316). He conducted this research with the Computational Biophysics Biochemistry and Chemistry (CBBC) group at the University of Rome 'La Sapienza' in Italy. He has attended several workshops, seminars, and conferences around the world.

Henry is currently undertaking his PhD research work on "Multi-scale Modelling, the Effect of Combined Alloying Elements (Atomistic to Continuum Scale)", with the National Institute for Mathematical Sciences (NIMS), at the Kwame Nkrumah University of Science and Technology, Ghana.

Henry Martin's aim is to become a Mathematical Physicist in the field of Multi-scale Modelling and Numerical Simulation of Materials (fluids/solids). In view of this, he has been an Associate Member of the Institute of Mathematics & It's Application (AMIMA) since August 2014.

"Non Scholae sed Vitae Discimus"
- "Not for School but for Life"

Industrial processes (phase transformation) of metal alloys is a combination of varying fractions of alloying elements, austenite state and cooling duration resulting in some forms of plastic deformation of the metal alloys which finally yield an end product of some desired mechanical property and behaviour. With the exponential increase in computational technology in our world today, computational modelling and simulation proffers the prediction of production and performance for a significant decision to obtain the right materials properties.

Analyse the change/variation among steel grades with the inclusiveness of a multiplicative constituent (thus an interaction effect) which serves as an efficient model for combined alloying elements affecting phase transformation in mechanisms of nucleation sites.

The thermodynamical stress-strain induction process during phase transformation results in plasticity. Stress-strain induction of hardening/softening in dilute interstital bcc-refractory solid solution is as a result of the solute(s) diffusing (hops) along interstitial sites. The ability to further know and understand the appropriate (stable) site of occupancy for the pure metal (solvent) is one of interest. And finally connect that with other spatial and temporal scales to understand plasticity.